Vote for a Woman dedicates itself to improving women’s political representation and emancipation. We do this, amongst others, by getting more women elected and politically active.

What have we achieved so far?

In January 2017, for the first time, a group got together supporting the idea to have more women elected during the [Dutch] House of Representatives elections that year. We chose the preferential vote strategy: by appealing on voters to vote for a woman lower on the ballot (specifically: lower than the number of seats in the polls), women on ‘ineligible’ places turned out to be eligible after all. This would help repairing the inequality on the electoral rolls.

In 2019, we campaigned again. During the Provincial Council and Regional Public Water Authority elections, no less than 42 extra women were chosen with preferential votes. As the icing on the voting cake, the European House of Representatives elections took place in May 2019. After a massive campaigning, at least three Dutch women were chosen with preferential votes. For the first time in history, this caused half of the Dutch delegation in the European House of Representatives to consist of females.

At this moment, we are still best known by our voting campaigns. However, not every knows yet that we do so much more. For example, we organize training days for female candidates and aspirants. We have a mentoring program in which we connect political talents (f) to politicians (f). We organise election debates to give female candidates a stage. And we advise political parties, municipalities, organisations and businesses on how they can attract more female and diverse talent. Finally, we do research on the number of women in politics, and on issues such as what keeps girls and women from going into politics. In other words, we work on our mission taking various ways.

As far as we know, these are the most current data as they change regularly.

Do you support us too?

Do you also find this is important? We can use all the help (and euros)! Donate, become a volunteer, follow us on social media, subscribe for our newsletter , or have a look in our webshop for stickers and buttons.

Vote for a woman consists of a group of approximately fifteen volunteers and freelancers. 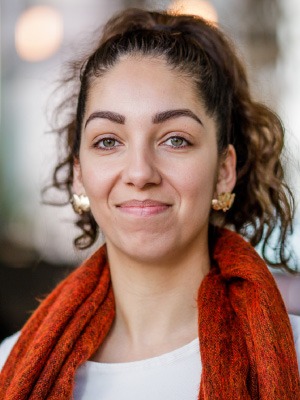 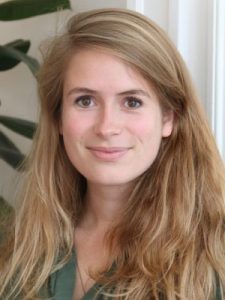 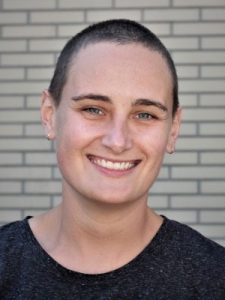 Vote for a Woman is recognized by the Dutch General Utility Benefit Transactions
(Algemeen Nut Beogende Instellingen – ANBI). This means that the Dutch Tax and Customs
Administration has marked us as General Utility Benefit, so donations are tax deductible.
Please, read more here about the board, the finances and the rewarding policyof Vote for
a Woman.

WHO RUN THE COUNCIL? Part II - How do you become a councillor?

Becoming a city councillor, how do you actually do that?

For example, Armagan simply reported to her party’s local chapter and immediately became party leader. Christine already worked as a press officer for the party and was asked. Maria even had to learn the language first, and brush up on the (un) written rules and manners within local politics.

The daily activities are led by the board chair Devika Partiman, who is responsible for steering the (voluntary) team and who is our spokesperson.

Vote for a Woman dedicates itself to improving women’s political representation and emancipation in The Netherlands. We aim for equal representation in all Dutch political bodies, from municipality councils to the European House of Representatives. Here, we focus on all women and keep in mind that especially women of colour, LBTH+, those with a handicap, and with a higher or secondary vocational training are under-represented.

This is why we take a stern look at our appearance, speech, use of language, speakers, et cetera. So we will not only address the women who would quickly become politically active.

In 2021, the focus will be on both the General Elections for the House of Representatives as training new political talents. In the policy plan, the following plans have been included, amongst others: 1) House of Representatives Campaign 2) Training sessions for female politicians and aspirants 3) A mentoring program for municipal council candidates for the local elections in 2022 and 4) A lesson pack for secondary school pupils about women in politics.

At this moment, Vote for a Woman runs almost completely on volunteers and is financially supported by funds and donors. In 2021, these are Democracy & Media Foundation (Stichting Democratie & Media), VSB Foundation and individual donors. We also carry out the project ‘Political Women’ commissioned by the Dutch Ministry of the Interior and Kingdom Relations. Vote for a Woman is a non-profit organisation.

The raising of financial means lies in the hands of the board. Amongst others, this work consists of having conversations with funds, applying for funds and attract donors. The board also establishes an annual budget, in which planned expenses and income are defined. Hence, apart from funds and donations, sometimes the income consists of the selling of merchandise, charging small admission fees for events and barter deals.

All expenses of 1,000 euros and more must pass the board for a notice of approval. This has also been laid down in the statutes. Smaller expenses are in the hands of the project leaders.

Vote for a Woman is ANBI-registered. This means that donations are tax-deductible.

The following has also been laid down in the statutes of Vote for a Woman: the board members do not enjoy a reward for their activities. No subsistence allowances nor attendance allowances can be granted to the board members. Volunteers will have all their costs reimbursed, and when third parties are hired, we keep an eye on the modest size of the organisation. This results in responsible hourly rates which are accounted for in the annual reports.

Vote for a Woman can’t do without donors. Are you willing to contribute to more women becoming elected and politically active? Support our work and donate. Every little helps.

Would you like to show that you support the Vote for a Woman mission? Take a glance in our web shop and buy our stickers!